YouTube’s Newest Features and How to Use Them to Your Benefit! 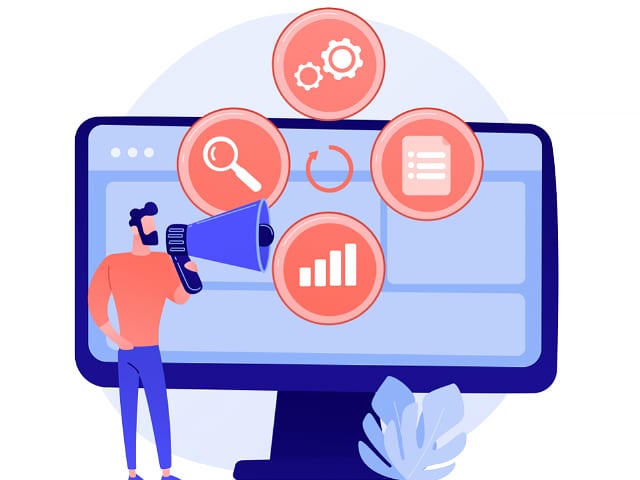 Growth is an integral part of every company. Businesses, small and large, look for opportunities to promote themselves and ensure that they continue to be a part of the competition. There are several promotional methods that companies adopt to expand. While large-scale businesses invest in advertisements in every channel, small businesses find investment to be a challenge.

The recent past has seen a lot of changes in the way we lead our life. The digital world is dominating every industry, from news and entertainment to education and advertising. The introduction of YouTube in 2005 and its growth into a promotional platform was unexpected by many. The platform is a haven for entrepreneurs and small businesses and YouTube subscribers from all over the world benefit from this platform.

YouTube has been an essential part of numerous real YouTube subscribers. Creators, who produce new video content and support the channel became a significant part of the platform. The content created by them increased the YouTube views and in turn, the number of users of this platform increased year over year. In support of the users, especially the creators, YouTube introduced several features. Here are some of the new features recently rolled out by YouTube for its creators and users!

There are four new features that YouTube has recently launched that has been rolled out to the video creators. These features were previewed in the latest edition of YouTube’s ‘Creator Insider’ and were introduced to enhance videos and allow the creators to moderate their channel. If you are a creator, here is how you can use the new features to your benefit.

When is your audience online?

One of the four new features of YouTube was launched in April 2020 in a limited preview, and later was rolled out to all channels. In this feature, the creators are given access to data that allows them to know when their viewers or audience is online. It pinpoints which hours of the week the audience is most active in the channel. The feature helps the creators to determine the most ideal time to broadcast a live stream to increase YouTube views. Creators or channels that use this feature can choose and schedule the most suitable time to publish their content, based on when the audience is online. Though the feature sounds to be the best option to increase viewers, YouTube has announced that there is no conclusive evidence stating that it’s a good tactic.

Comments are a huge part of YouTube. It lets the creators know that their audience has an opinion to share. Not every person has the same opinion about content. While some viewers shared positive opinion on video content, others shared inappropriate content which would tamper the dignity of the channel. Soon as the ‘Hold Inappropriate Comments for Review’ was launched, YouTube flagged comments experienced a 75% drop. The contents were sent to be reviewed, and flagging them as inappropriate was an optional setting before. The new feature makes holding inappropriate content to review a default setting on YouTube with an aim to help the creators manage the comments and improve the quality of the conversation. When the setting is changed to default, creators will receive a notification on their YouTube Studio that the settings have been changed. The feature is available to all channels. YouTube aims to introduce 13 more languages to improve its accuracy in flagging down inappropriate comments.

YouTube is a platform that has improved its services to its users over the years. Not every new feature introduced by them is the brainchild of the experts sitting in their headquarters. YouTube respects its users and accepts valuable feedback that is considered to be a vital part of their growth. One such feature is the ability to schedule community posts, which are now available on your desktop’s web main application. It allows you, the creator to draft a community post to specify a future publishing date. The feature was heavily requested by most of the creators.

One of the new chapters that will soon be rolled out to all channels is the video chapter feature, which allows the creators to break down the video into different chapters. Breaking the video into different chapters allows the creator to enhance and improve the viewer experience. As a creator, if you want to use this feature, you must add a timestamp to your video description and make sure that the first one starts at “0:00”. It is also vital to remember that your video must have at least three chapters and each chapter must be no less than 10 seconds. You can opt-out of this feature as well. All you have to do is make use of anything but “0:00” as the first timestamp in your video description. 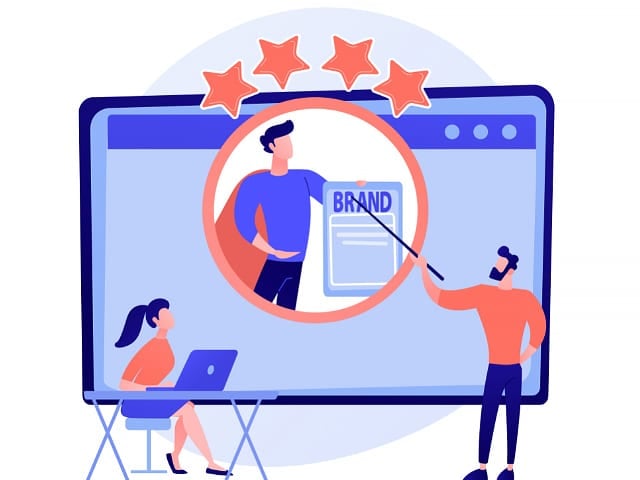 It is not just the video creators that support the growth of YouTube. Without users, the platform would not have experienced the growth that it has seen over the years. YouTube subscribers show their support as well, and hence, the following features were introduced to enhance their viewing experience.

The video chapter feature not only helps creators to improve the content they produce but also enhances the viewing experience. The feature makes it convenient for the viewers to jump to a specific section of the video and/or re-watch a certain part they wish to, and more. The new feature is introduced to all YouTube subscribers and includes a list that can be found by clicking on the chapter title in the player. Clicking on it will give a complete list of chapters that are included in the video with a thumbnail that allows the viewer to find the chapter easily. The feature not only saves time by jumping to the part that the viewer wants to watch but also improves the viewer experience immensely.

YouTube has made several changes over the years, and every change is to the benefit of its audience. One such change is the replacement of the caption button to a more prominent location on the player. The Caption Button (CC) was recently moved to the top of the video player (Mobile). The change was made to make it more accessible and easier for the user to switch it on and off as and when needed. In addition to the Caption Button, the AutoPlay button has been repositioned as well. It is placed beside the Caption Button. The repositioning of the buttons was made to ensure that users find it easy to find the controls instead of maneuvering through the player while the video is still playing.

User experience is a vital part of any application, and in an attempt to improve audience experience, YouTube introduced gesture control in their apps. The gesture control feature gives more control over the video to the audience. It allows the viewer to exit the full screen by swiping up or down. Swiping up plays the existing video in landscape mode and swiping downplays it in portrait mode. In addition, simply tapping on the timestamp allows the user to switch back and forth into the video.

Several features of YouTube are still unknown to many users. Keeping up to date with every component of the application may be difficult for most users. In an attempt to help users, YouTube also introduced ‘Suggested Actions’, a feature that improves the video viewing experience. The suggested actions prompt the users to play a video in VR or rotate the phone for a better experience. For instance, if the video you are watching is better viewed on landscape mode, you will receive an action that will say ‘Rotate.’ These suggestions can be easily dismissed by pressing the ‘X’ that is displayed along with the suggestion. Right now, there are only a few suggested actions to help the viewers, and YouTube plans to introduce more.

It is easy to get stuck inside the world of videos, and difficult to come out of. As a viewer, you may be in awe of all the videos that interest you, and continue to watch them without realizing that you have been at it for several hours. You can prevent getting stuck inside YouTube with YouTube’s Bedtime Reminders feature. The feature allows you to set reminders that prompt you to stop watching videos. These reminders can be set at any specific time that is most suitable for you. You can also prompt the feature to remind you about taking a break.

YouTube constantly updates its features and introduces new ones to enhance the experience of its creators as well as viewers. Real YouTube subscribers can take make use of all the new features to their benefit. The new features introduced by YouTube are aimed to offer their support to both the creators and YouTube subscribers. It will allow the creators to offer a better viewing experience to the viewers, and in turn benefit the creator, the viewer, and YouTube itself.

YouTube’s Newest Features and How to Use Them to Your Benefit! by SubPals Writers, 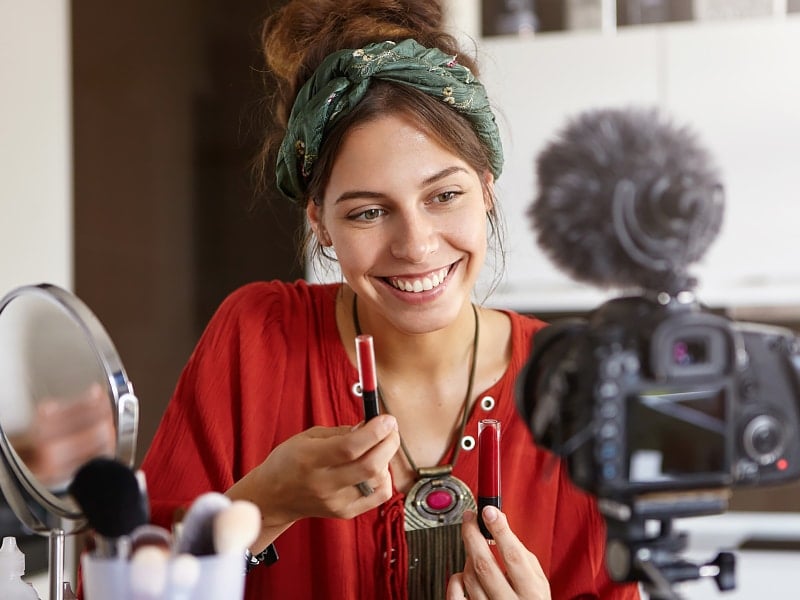 A podcast represents a digital audio file that’s available to download from the Internet and is usually presented in the form of a series where new subscribers can listen to it at their own convenience…. 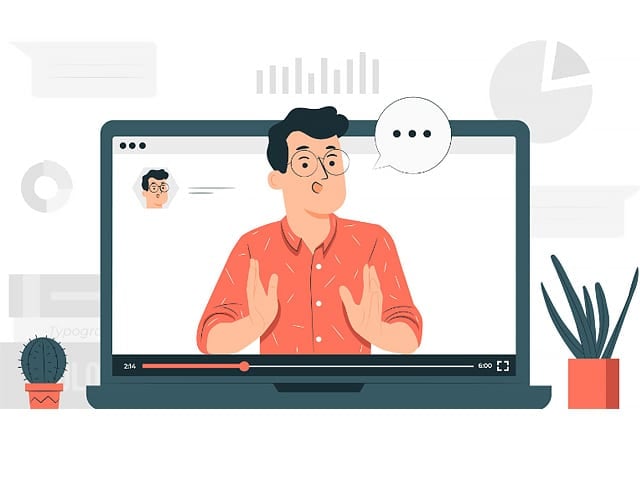 In terms of logged-in users based on monthly usage, YouTube comes only behind Facebook at just over 2 billion people. When you consider that videos on the platform can be viewed without logging in or… 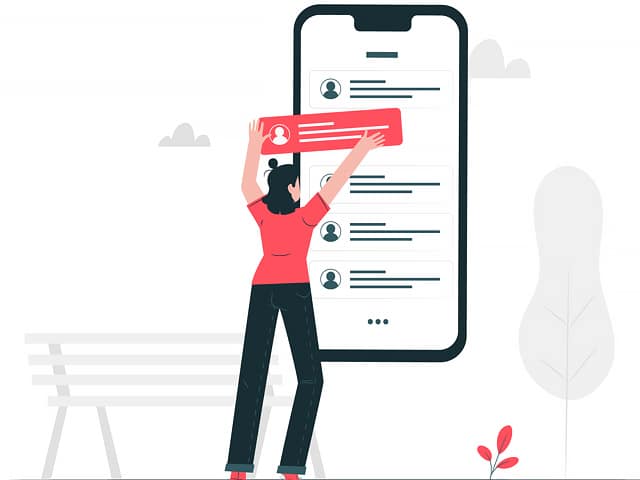 Content is king on YouTube, and if your content on the video-streaming platform is good, you can expect plenty of viewers to engage with your videos. However, it’s not just the content that matters –…