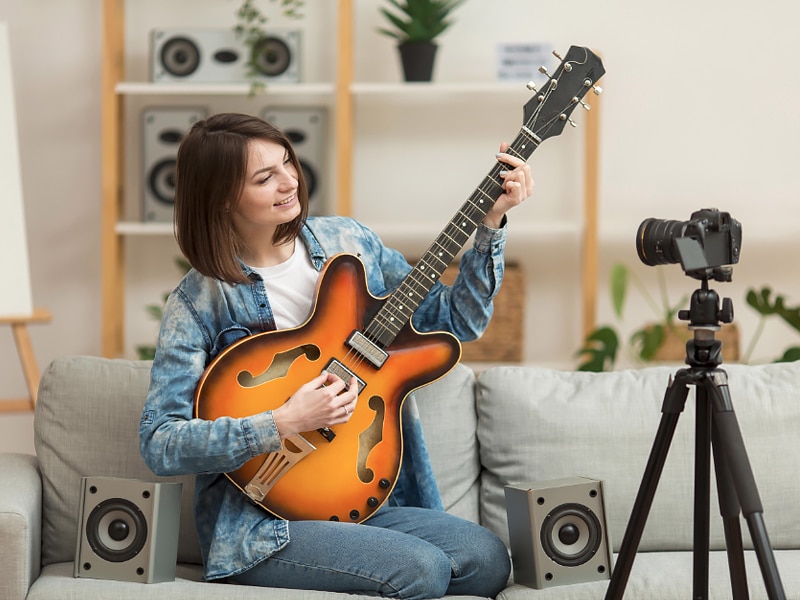 Before YouTube came along and established itself as the biggest platform for video-based content, independent musicians had a hard time trying to promote their material. Their lack of resources compared to artists and musicians backed by big record labels prevented them from reaching out to audiences around the world. However, those days are long gone, as YouTube has leveled the playing field to a large extent.

In today’s times, an independent musician has just as much potential of making it big on YouTube as someone who has a lucrative record deal. In this post, we’ll share some of the handiest YouTube marketing tips for independent musicians. So if you happen to be one, sit back and read on if you want more YouTube subscribers to further your musical ambitions.

1. Make some room for covers

Your hard drive may be full of original compositions that you put your heart and soul into, but that doesn’t guarantee success when you upload and publish them on YouTube. Until you’ve established a loyal band of supporters on YouTube, you can expect the vast majority of YouTube users to ignore your original music and this is especially true for musicians who have just got their YouTube channels up and running.

Instead of trying hard to get people to listen to your originals, it’s better to focus on doing covers for the first few months. Take Boyce Avenue for example. The Florida-based band, started by brothers Alejandro Manzano, Fabian Manzano, and Daniel Manzano, started uploading their renditions of popular songs both past and present on YouTube in 2007. Their consistent uploads and top-notch performances earned millions of views across many of their videos.

The band also kept working on their original material and released their debut album, ‘All You’re Meant to Be’, in March 2008. Their continuing success resulted in a lucrative record deal with the Universal Republic in 2010. Today, the band boasts of its own record label and, alongside producing its own content, promotes the work of younger musicians.

If you want to make a living off your musical talents, you don’t necessarily have to be churning out covers and originals every week. One of the best ways for independent musicians to establish themselves on YouTube is by creating tutorials, as there will never be any dearth of those who want to learn how to sing or play a certain instrument. Your tutorials may focus on mastering certain techniques or they may be about mastering a particular song.

Marty Schwartz, a guitar teacher on YouTube, is one of the biggest examples of musicians who have managed to carve out careers on YouTube through teaching alone. As of today, his channel boasts of more than 2 million subscribers, and he is one of the most trusted guitar teachers there are, especially when it comes to learning popular pop and rock songs.

Before his YouTube career, Schwartz was a music teacher at an elementary school. However, he ended up losing his job, which was a blessing in disguise, as he took to YouTube to showcase his guitar playing skills to learners around the globe. From Led Zeppelin to Radiohead to The Beatles, Schwartz has uploaded in-depth lessons for hundreds of popular songs and at present, he earns a six-figure pay from YouTube alone every year.

Suppose you’re a musician with a sense of humor. In that case, you can take inspiration from content creators like Jared Dines and Stevie T. Dines, a multi-instrumentalist, and Stevie T, a guitar player, have perfected the art of incorporating music across their videos, which are essentially a mix of music and comedy.

Dines, who has nearly 3 million real YouTube subscribers, started as a cover artist who would mainly upload metal renditions of pop songs. Over time, he switched up his game and started doing parodies and collaborations with other independent artists on YouTube, including Stevie T.

Canadian Stevie T’s rise to YouTube fame started with metal covers, but what got him going were parody videos where he used to mimic the limited guitar-playing abilities of popular artists like Lil Wayne and various subgenres and subcultures within metal. His ‘How to Play Guitar like Lil Wayne’ video, uploaded 9 years ago, has amassed over 5 million views. Several other videos on his channel have over a million views.

4. Be active and consistent across the social media spectrum

YouTube is undoubtedly one of the best social media platforms for independent musicians to grow big and in time, earn their livelihoods. However, relying on YouTube alone is a big mistake, as you’d have to be more reliant on your subscribers to do your sharing for you.
If you really want your YouTube channel to take off and become big, you’ve got to be active on other popular platforms such as Instagram and Facebook as well. Across all your YouTube videos, including calls to action (CTAs) to encourage your YouTube fanbase to follow you on other platforms and once you publish a video on YouTube, share its link on all your social media pages. If a loyal follower misses a YouTube notification, this practice can be incredibly helpful.

You’ll also have to create a consistent image across all your social media profiles. For example, if you’ve created an image for your latest YouTube upload, you should share the same image on Facebook and Insta for consistency’s sake. Your profile pictures across all your social media platforms should be the same as well, which will make it easier for new fans to find and follow you. 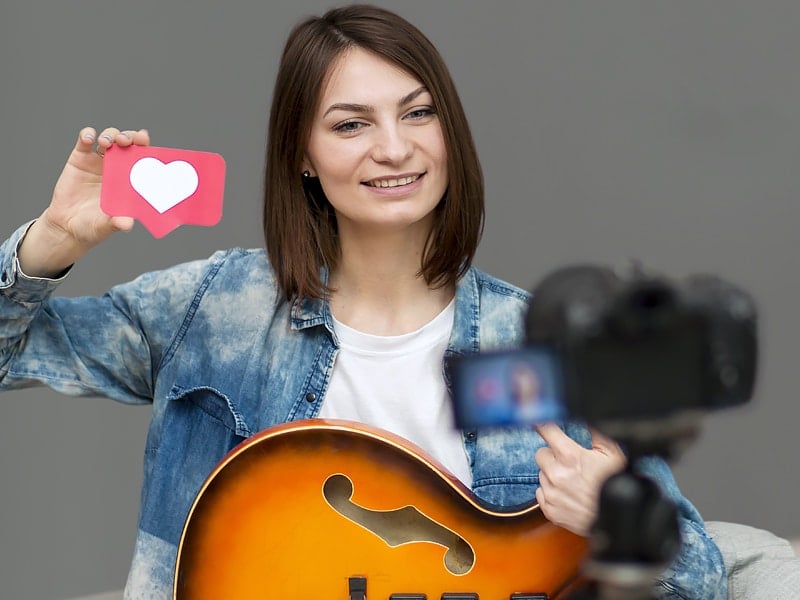 5. Invest in audio and video equipment

As YouTube is a video-based platform, you need to ensure that your videos look good and the best way to make that happen is to invest in a good camera and a tripod stand. Having these two things in your locker would help you shoot your videos by yourself and you can also experiment with numerous angles to create different vibes for each video you publish.
It’s also recommended to invest in good video editing software that allows you to add effects and transitions to your videos to spice them up. With video editing software, you can also create unique lyric videos for your original material. Lyric videos are ideal for independent musicians who don’t have the financial resources to shoot a full-blown music video.

Similarly, you need to get your audio gear in order as well, as the days of recording audio using mobile phones are well and truly gone. Entry-level sound interfaces are quite reasonable and when you combine them with digital audio workstations (DAWs) like Ableton, you can record high-quality audio to complement your high-quality videos. In the process, you’ll learn a lot about audio production as well.

6. Collaborate with other independent musicians

Collaborations have become easier than ever before and they offer great ways for independent musicians to help each other experience sustained growth on YouTube. If you’ve never collaborated with a fellow YouTuber before, here are a few steps that you can take to get a productive conversation going with a potential collaborator:

Note that before approaching a more successful YouTuber in your niche for a collaboration, you need to have a certain standing of your own. No one would want to collaborate with someone whose content doesn’t consistently generate YouTube views.

In the mid – the late 2000s, when YouTube was still not as big as it is today, it was relatively easier for independent musicians to establish themselves on the platform. However, the scenario is very different. Almost every niche you can think of is now full of talented individuals who have garnered loyal supporters and it’s getting more and more difficult for up and coming YouTubers to generate views and subscribers.

The trick is to persevere and stick at it without overthinking about the views and subscriptions. In the first few months of your journey on YouTube, you may find that even uploading high-quality content is not enough to garner new subscribers, which may lead to a lack of motivation. If you experience a similar situation, you shouldn’t lose hope.

Keep improving your musical skillset along with your audio and video production abilities and be regular with your uploads. If you keep the aforementioned tips in mind and get the basics right, you will get the viewers and listeners that you deserve sooner or later.

There’s no one better than Canadian rapper Tom MacDonald to look up to for inspiration. The professional wrestler-turned-rapper uploaded his first video in 2014 and recently, he crossed one million subscribers based on a production team that consists of just him and his girlfriend. 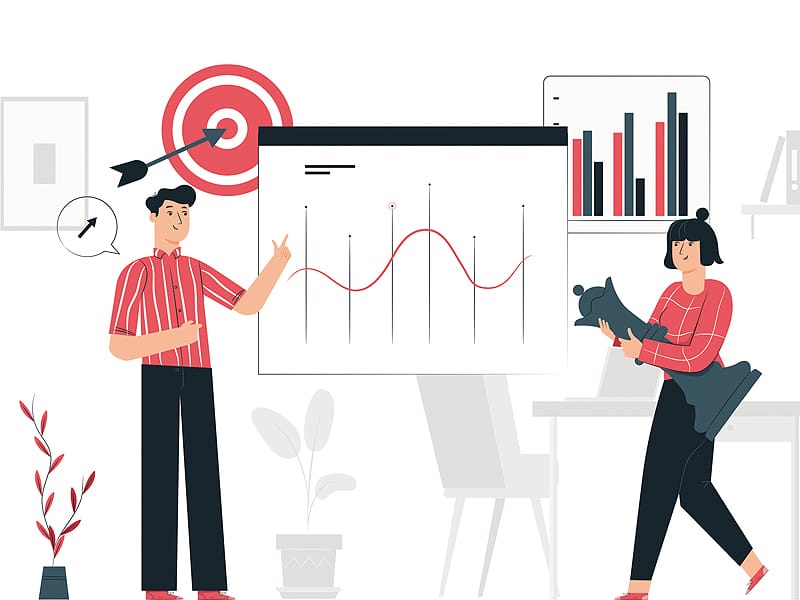 YouTube is the 2nd largest search engine on the web after Google, and if you’re a business looking to take advantage of this platform and experience growth, you’ve got to be able to track whether… 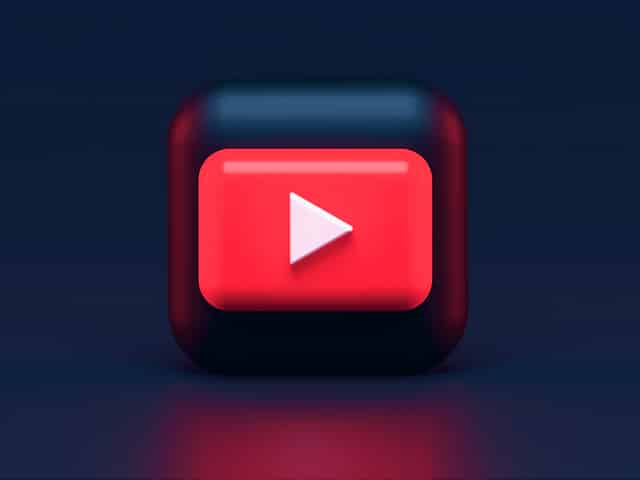 Close Captioning YouTube Videos: Why & How to Do It

As of 2020, YouTube boasted 2 billion users all over the world. From this figure itself, you must have realized how popular YouTube is. If you are already a YouTuber or planning to become one,… 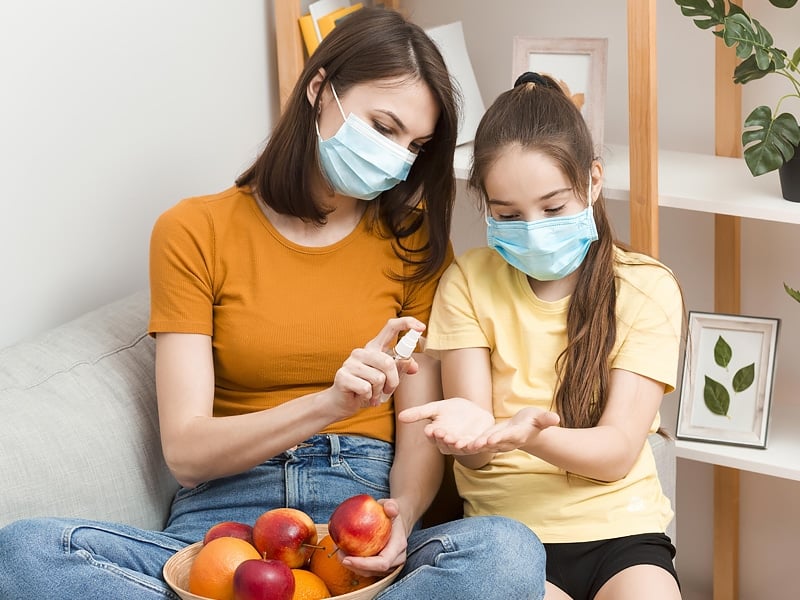 The coronavirus outbreak is perhaps the most unimaginably horrifying situation that mankind has come face-to-face with in the past few months. Stay-at-home orders have gotten people to stay cooped up at home for safety. Businesses…