What Is YouTube 360-degree Video and How Can You Benefit from It? 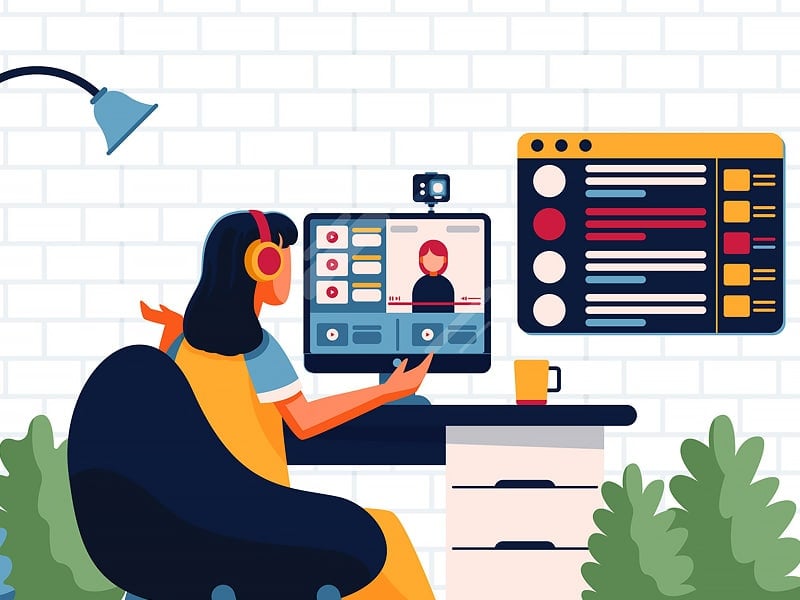 Ever since YouTube launched, people have been taking the benefit of its services in various sectors. The plunge to adding videos to market products and services was considered to be getting out of one’s comfort zone. But its popularity rose to such heights that marketers indulged into this platform to entice the real YouTube subscribers. Marketing strategies were implemented surrounding the services that YouTube had to offer, and marketers considered YouTube as one of the most profitable digital marketing platforms.

YouTube subscribers are growing exponentially, which offers raving fans and customers a platform that promises entertainment, education, information, a solution to a problem, and more! It offers a source of traffic that gets a brand out into the open and creates awareness. The platform offers a close personal connection that encourages familiarity and builds a sense of community. For years, marketers reaped the benefits of the various services that YouTube provided. They experienced immense growth in their business, and YouTube began offering more options to marketers to showcase their brands, with one such feature being 360-degree videos.

360-degree is a type of video that offers its viewers that opportunity to explore a video in all directions. These are shot using a special rig of multiple cameras or an omnidirectional camera, and every direction is shot at the same time. Though they need a special camera or multiple cameras to create the content, they do not need any special device to be viewed. When they are played on a normal flat screen, viewers get control of the direction they wish to see. These videos can be viewed in all directions using a mouse, and are also called spherical videos or immersive videos.

360-degree videos are created with the intention that viewers can interact and experience the content within, rather than just sit back and watch the video like any other regular film. Each person can choose where to look or immerse, and hence it is called an immersive video. When played on a computer or laptop, these videos are viewed in different directions using a mouse, and when played on a mobile, you simply drag your fingers across the screen to move around in different directions.

It was in 2015 that YouTube launched support for the publishing and viewing of 360-degree videos on their website and mobile application. The traditional ways of shooting video content and watching them are long gone, and marketers are making use of 360-degree videos to their benefit, as well as for the benefit of the viewers.

What is the difference between 360-degree video and virtual reality?

360-degree videos are often confused with virtual reality, which is another category of spherical videos. Both videos are created to offer experience and interaction to viewers. While both look similar, here are a few differences between the two.

Both spherical videos are made to entice the viewers in new and fresh ways. It is considered one of the most viable tools for marketers who want to showcase their products or services on a large scale.

What are the benefits of 360-degree video to marketers?

360-degree videos on YouTube offer marketers an opportunity to create immersive and user-friendly experiences for the benefit of their ideal customers. A wide variety of industries across the globe can benefit from a 360-degree video, especially when they have dedicated real YouTube subscribers for their channel. Marketers are using this feature increasingly in their YouTube channel to create greater audience engagement. Here are some of the benefits of using 360-degree videos!

360-degree videos get their viewers immersed into the story as they can watch it from every angle. When it comes to emotional perspective in the video, these videos can fare mostly well as they can encourage more sales by making the audience feel like a part of the story. These videos are considered particularly new, although they started attracting attention in 2015. Marketers who explore this vaguely untapped waters can benefit from it as it offers great opportunities to marketers to produce creative and engaging videos, videos that will stand out in the crowd and increase YouTube views.

The 360-degree video was found to be more effective when compared to regular videos. When researchers compared the two videos, it was found that more than 28 percent of viewers watched 360-degree videos. In addition, more than double this figure watched the videos till the end, proving that they were more effective in attracting the viewers when compared to regular videos. Due to its effectiveness, marketers can benefit from using them in their digital marketing strategies.

It was in 2015 that YouTube introduced 360-degree videos into the platform, and the number of viewers has increased by nearly ten folds in five years. Adopting these features in your marketing strategies can ensure your success in the industry as it is a gateway to increased engagement. The use of 360-degree videos to market the products or services of your brand offers growth opportunities as this feature is relatively still new and unexplored.

YouTube 360-degree videos are considered to be more engaging, which offers more empathy and awareness among consumers. These videos are more effective than the traditional format as they sparkle an emotional response from the viewers. They increase engagement as they allow the audience to interact with the video as they choose fit instead of simply viewing it. The immersive formats let the viewers choose the content that they want to view and engage with it.

360-degree videos are complicated to create, and its success depends on how interesting the content is. It is not their creation that is of a concern, but how well the content interacts with the audience. 360-degree are generally easier and interesting to the consumers or viewers as long as digital marketing professionals or marketing specialists put users first and create the type of content that attracts and engages the viewer.

YouTube 360-degree videos are a fantastic way of highlighting a brand and innovation. As a marketing expert, you must know how to strategize this feature of YouTube to your benefit. It is vital to make sure that the content you are creating is focused on the subject and must also be befitting to the dynamics of 360-degree videos.

YouTube subscribers can benefit vastly from the relatively new and upcoming feature, the 360-degree vides that offer interaction, entertainment, as well as provide information to the viewers. Considering the benefits of this feature, it leads to a lower cost per view than traditional video and keeps the viewers more engaged. It only means that the feature keeps makes the most out of the marketer’s budget.

An increasing level of engagement demands that the audience invest time and money into researching and understanding the platform and getting vital information on what the real YouTube subscribers are looking for. You will need to look into several features before you create a 360-degree video that can benefit you as a marketer, and your audience. You may need to create the audience you need to target, consider the cost that you are willing to spare, strategize how to increase engagement, and so on. With YouTube offering promotions in several forms, many marketers consider TrueView to be the best option due to their lost cost per view. As ads are only shown to compatible browsers and devices, the format of the video is the key to ensuring that your 360-degree video reaches your viewers. You can include formats such as .mp4 with MPEG4/H.264 encoding, or WEBM, MOV, and F4V. Choosing the right format is vital as it defines how your viewers watch your content.

YouTube 360-degree videos offer a lot of benefits to marketers in framing their strategies. Due to the benefits it offers, it is clear that digital marketing experts must start exploring this option soon. The market is still fresh, and there are a lot of opportunities to learn and improve. With the level of engagement offered by 360-degree videos, marketing experts are sure that it will take over the traditional video content marketing in the future.

What Is YouTube 360-degree Video and How Can You Benefit from It? by SubPals Writers, 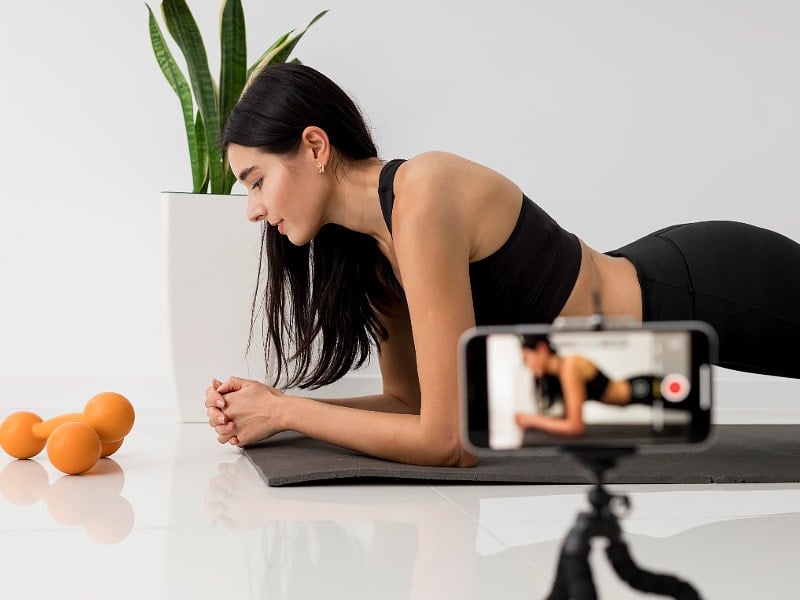 As the second largest search engine in the world, YouTube offers platform users a lot of variety. There are 2 billion monthly logged in users on the platform with creators uploading 500 hours of video… 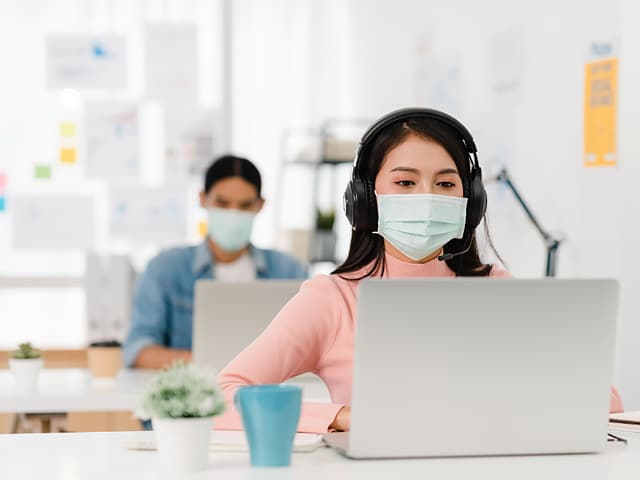 Social media users all around the world have taken refuge in various social media apps ever since the onslaught of coronavirus began. One of the biggest social platforms YouTube has also recorded a skyrocket in… 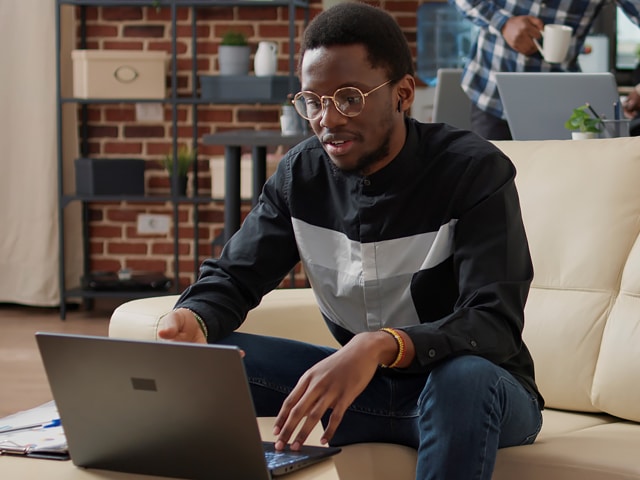 If you’ve consumed content on YouTube, you’ve probably seen little text boxes popping up randomly within videos. These little text boxes are sometimes distracting, but they often lead you to find other exciting content from…