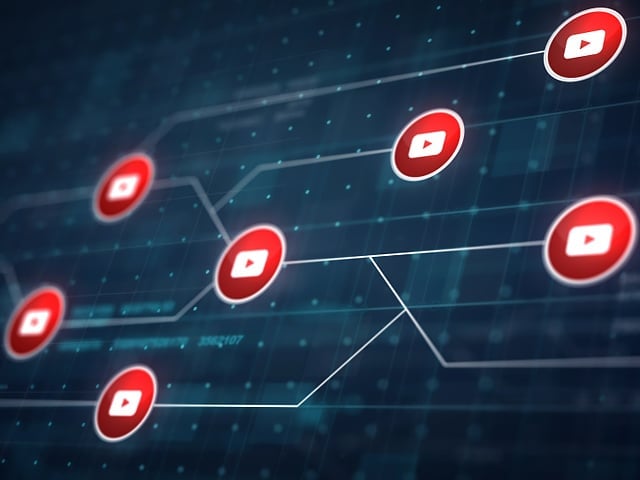 As per the statement from YouTube CPO, Neal Mohan, people spend more than 70% of their time watching recommended videos on YouTube, with the mobile viewing session being approximately 60 minutes. Four-hundred hours of videos are uploaded to YouTube each minute. So, if you want to see a growth in your business, gain more real YouTube subscribers and YouTube views, as well as find a way to maintain the interest of your existing YouTube subscribers, it’s worth learning about the YouTube algorithm.

The YouTube algorithm doesn’t just guide the viewing behavior; it also affects decisions you need to make about the video content, length, the timing of uploading the video, use of keywords, as well as the inclusion of a Call To Action, all of which ultimately determine the success of your YouTube marketing strategy.

Algorithm changes over the years

Before 2012, the number of YouTube views a video received is what determined video ranking, resulting in people using clickbait titles to gain a higher view count. Complaints were raised as these clickbait title videos didn’t deliver what they promised, resulting in an algorithm change in 2012, where watch time and session time were used to rank content. Even then, creating longer videos helped to gain higher rankings through an invariable increase in watch time and session time, but this put a strain on YouTubers.

AI and machine learning were added to the YouTube algorithm in 2016, changing the kinds of video being uploaded. In 2019, algorithm changes were made to ban “borderline content.”

The main aim of the YouTube algorithm is to provide viewers with the type of content they want to watch while maximizing viewer engagement as well as satisfaction in the long term. Before jumping into how your business can benefit from the YouTube algorithm, you need to understand how the algorithm works in the first place.

The algorithm functions to encourage uploading videos that viewers will engage with more as opposed to focusing on measures like the number of YouTube views/clicks. Factors that influence video rankings by the YouTube algorithm include:

Here’s a breakdown of the YouTube algorithm functioning on different sections of the platform:

The factors that affect the search rankings of your video on YouTube the most are keyword usage and video relevance. Videos are ranked in search results based on how closely the metadata, such as titles, keywords, and description, match the search query.

Relevance is also measured in terms of the extent to which your video has already engaged users in terms of likes, YouTube views, and watch time. Search results are also affected by the number of your channel’s videos users already watched, as well as when they last watched a video on a similar topic as your video.

YouTube’s algorithm works to keep users on the platform for longer, thereby, being able to get them to see as many ads on the platform as possible. Content is suggested for users based on past user activity, and the type of content users already engage with. Videos are ranked based on the engagement they’ve generated for similar users, frequency of video viewing on a particular channel by viewers, videos on similar topics, as well as the number of times each video has already been shown to users. Diversification of their suggested videos on feeds and homepages is also done as viewers are more likely to watch content for which they receive recommendations from several channels.

YouTube’s trending page has a balance of new as well as popular videos from the country the user is in. To maintain a balance between popularity and novelty, the view count, as well as the rate of growth of YouTube views, is considered for every ranked video. 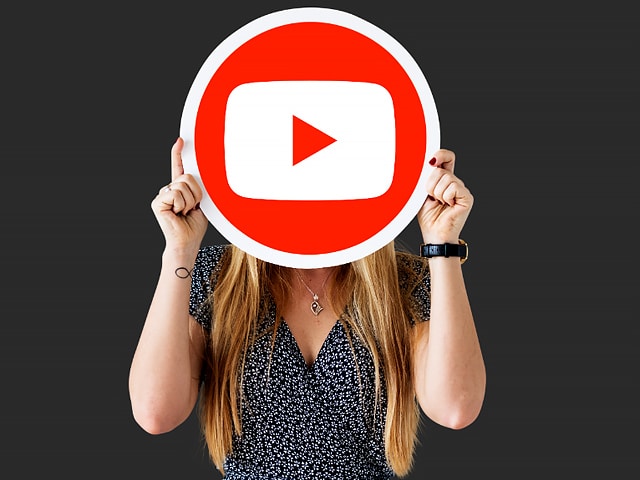 Now that you know how the YouTube algorithm works, here are some ways to increase the organic reach of your videos so that you get more YouTube views as well as YouTube subscribers.

Optimize your videos for search using the right keywords

Make sure you’re using the right keywords, and there’s clarity in your metadata, including the video description, tags, and caption. As far as descriptions are concerned, draw your reader’s attention with the first few lines, packing them with relevant keywords without overdoing it. Remember, though, that using longer descriptions will mean that the most important information should be made visible to viewers before the “Show More” is displayed.

The Search Report of your channel can provide valuable information about the search terms being used by people to find you. Make it a point to use more of these terms in your video titles, keywords, and descriptions so that you can see a growth in the number of your YouTube subscribers and YouTube views.

Transcribe and translate your video

Adding subtitles is a great way to make sure viewers will continue watching your videos even if the sound is off. While you can make use of auto-generated captions in different languages, your search ranking can be improved if you choose to upload closed captions/subtitles on your own for your video, as then the file is also indexed for search.

Translations of your video titles, subtitles, and descriptions make it possible for your videos to reach audiences who speak different languages.

Ninety percent of YouTube’s most popular videos make use of customized thumbnails as opposed to auto-generated ones. Customized thumbnails have greater attractive value and can boost your number of YouTube subscribers and YouTube views by getting people to click on your content. Close-ups of emotive faces/action shots work well in thumbnails. Make sure to utilize the “rule of thirds” for your thumbnails as it helps to reduce the time taken for the brain to process an image.

The addition of text to thumbnails is also very important as most users watch YouTube videos today on their phones, which means that the thumbnail is going to stand out in comparison to the title. Make sure the text you use communicates what the video relates to, without viewers even having to read the title to find out.

Branding your thumbnails can also be a great way to direct attention to your video. Maintaining consistency in the format on your YouTube channel with branded thumbnails can help viewers spot your channel from among several suggested videos with similar-looking thumbnails.

Encourage your viewers to finish watching the video

Grab your viewers’ attention from the very beginning and select your video length by paying attention to analytics. Use jump cuts if needed in your videos so that viewers don’t have to look at one shot for long. For longer videos, include interruptive moments to help viewers re-focus their attention.

Encourage binge-watching of your videos

The most important aspect of encouraging binge-watching of your videos is to have a focused premise on your YouTube channel. Other methods include directing viewers to other videos on your channel using cards, end screens, and watermarks, and linking your latest video to a playlist of your videos.

Focusing on making a series instead of a one-off is also a great way to naturally ensure your videos pick up where the previous one left off so that viewers are encouraged to keep watching.

With more YouTube subscribers, your videos can achieve a greater reach organically, so convince your viewers to subscribe.

Promote on other platforms

Make sure you cross-promote your videos on other platforms, including blogs, email marketing, and other social media platforms. Growing your YouTube subscribers and optimizing your content for search engines is crucial information used by the YouTube algorithm to suggest videos to users.

Evaluate what’s working and what isn’t for your YouTube marketing strategy through analytics, which can provide you with information about viewer drop-off, peak posting time, and subscriber behavior, allowing you to adapt your strategy accordingly.

How You Can Get the Best Out of the YouTube Algorithm Functioning by SubPals Writers, 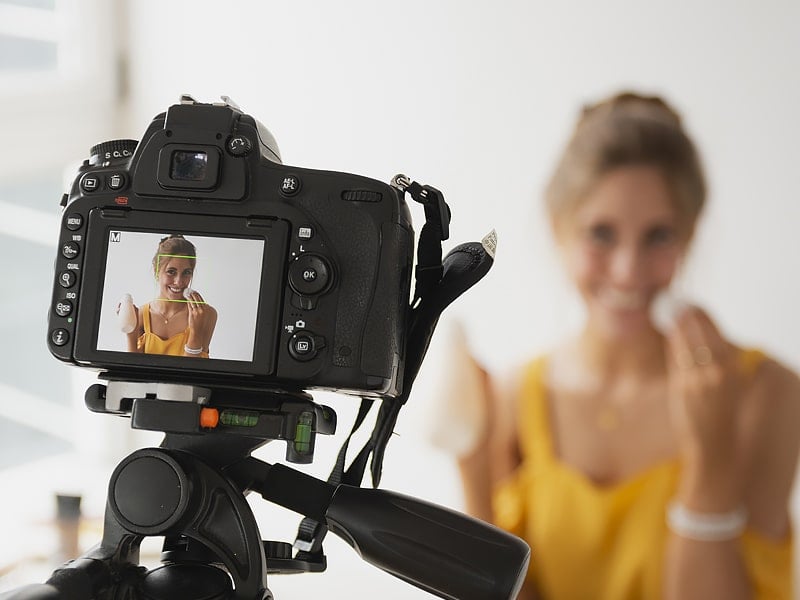 If you want to give your YouTube subscribers something they’ll want to come back for, you have to make sure you’re uploading great quality videos. With professionally shot videos, you can be sure to fetch… 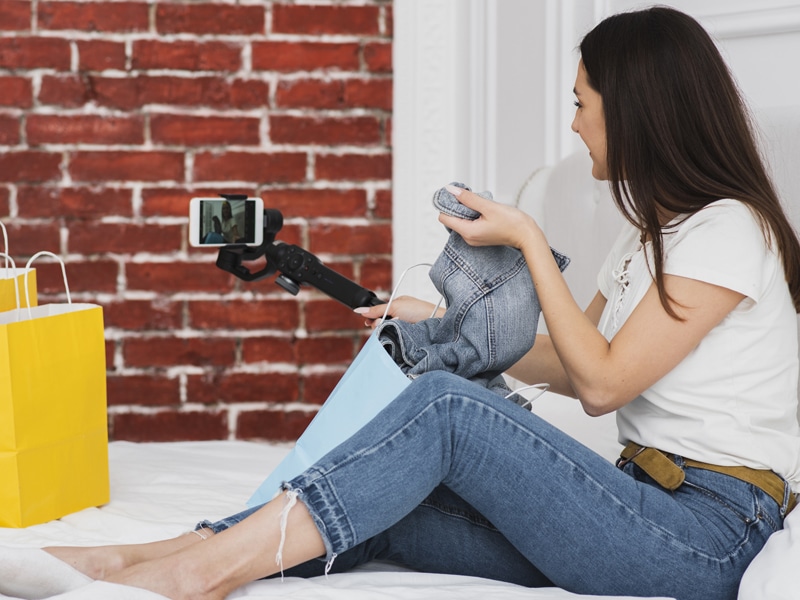 An influencer on YouTube typically has a large number of YouTube subscribers and receives several million YouTube views for their videos. They have the ability to influence their audience because of the knowledge they possess… 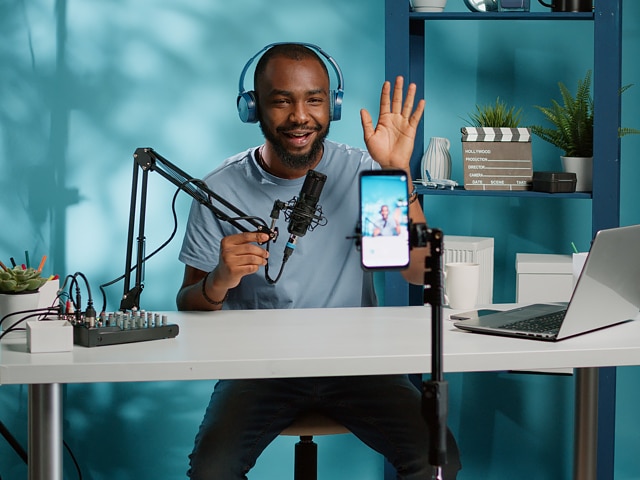 In the present world, YouTube has become synonymous with video streaming. The platform was launched almost 14 years ago in December 2005 and has since given birth to a new generation of entrepreneurs. YouTube offers…